The research team at BestBrokers set about to answer the question of “Where does Big Venture Capital invest their money in?”. To do that, we looked into the most recent data on Unicorns – privately-owned startups, valued at $1 bln USD or more. The mythical herd doubled in numbers over the course of 2021, when 519 new companies grew enough to make the list. This was a result of large amounts of venture capital getting poured into startups while the world economic background kept shifting dramatically.

Based on the June 2022 unicorn data, published by CB Insights, we identified the top 10 entities (mainly VC firms) that have ownership in most Unicorns. It turns out that these 10 firms have ownership in 38% of all 1143 unicorns. The ranking with the respective number of unicorns each entity has ownership in is represented in this chart:

We then grouped the totality of these Unicorns by industry to get a visual representation of the chief industries that Top Venture Capital is invested in: 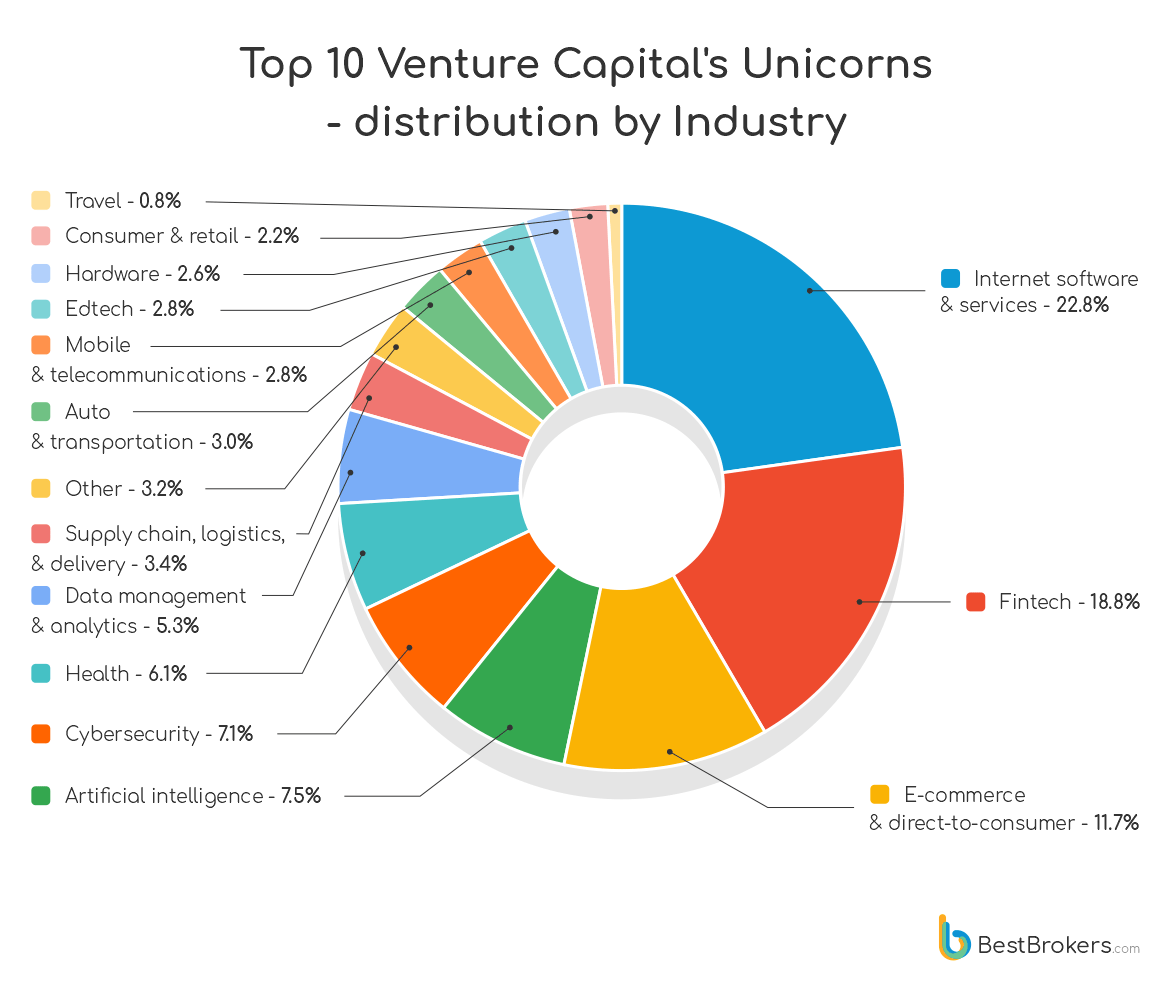 The next 4 Industries amount to just a bit over a quarter of the Unicorns:

The next 8 industries share the remaining 21% percent of the unicorns.

“When we look at the current data we must do that in the context of the last two and a half years. There have been major political, economic and social changes throughout the world and this is influencing where Venture Capital goes.

Since the beginning of 2021 Fintech Unicorns grew by a staggering 330%, followed by Internet Software & Services with 274% and Cybersecurity with 267%. Next in the list are Health, Data Analytics, Logistics and AI. We can clearly see how the trending industries are influenced strongly by the pandemic and the changes it brought about.”

We then looked at the individual entities and grouped the Unicorns they have invested in by industry:

From this visual distribution we can do some interesting observations: