The electric vehicles market has been on the rise for over two years now. With the recent energy crisis in the world, more and more consumers are seriously considering a switch to an EV and demand is gr owing faster than the supply.

The analyst team at BestBrokers looked into the latest publicly-available data from the recently-released quarterly reports of the biggest EV manufacturers (Tesla, BYD Auto, NIO, Li Auto and Xpeng), giving us insights into their sales, deliveries, and outlook for the future.

While Tesla remains the leader in EV deliveries worldwide, the main Chinese manufacturers are growing rapidly. With the Chinese government heavily investing in subsidies for alternative energy vehicles, BYD Auto, NIO, Li Auto and Xpeng receive great support by the state and opportunity to grow and expand not only in Asia, but also in Europe and even the US. 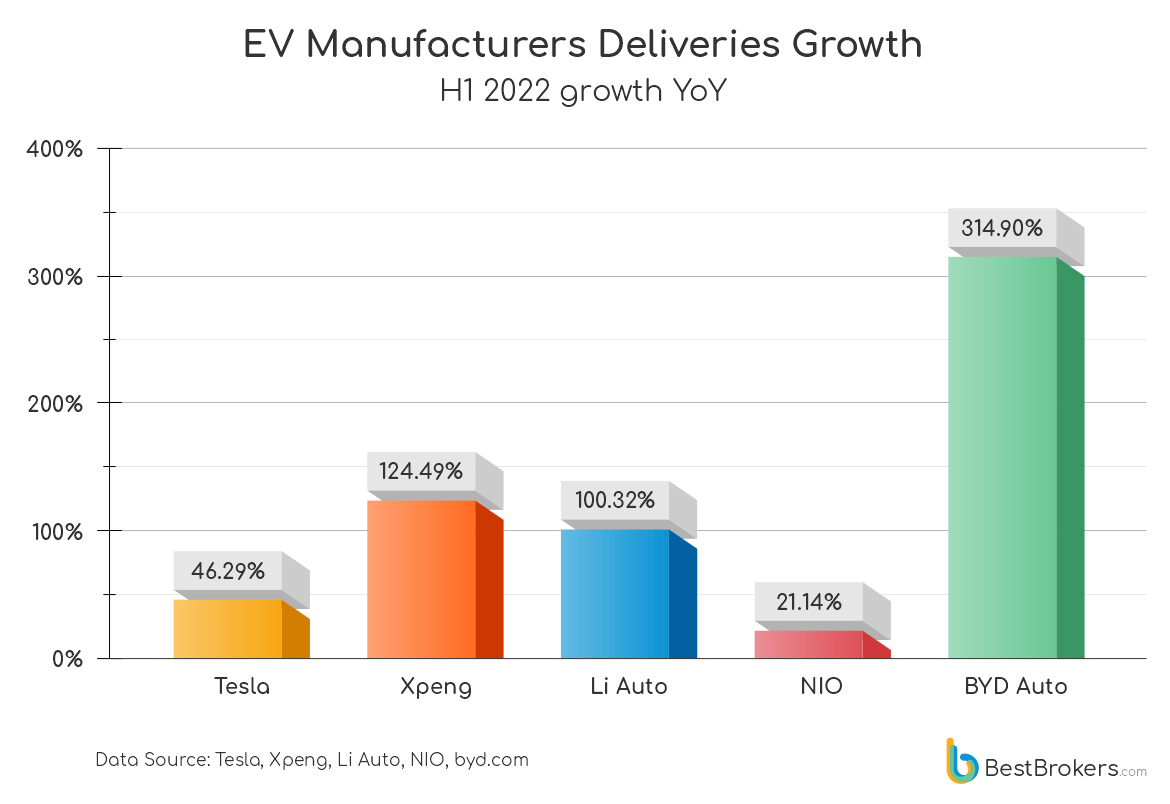 “If we consider the manufacturers, producing only alternative energy vehicles or NEVs (New Energy Vehicles), Tesla used to be the undoubtful leader by deliveries. However, China focuses on expanding into the auto industry and EV is a great opportunity. The government has been heavily subsidizing NEV manufacturers for years now and the results are noticeable with BYD surpassing Tesla sales of EV for the first time in Q2 2022,”

Founded in 2003, BYD Auto is a leading Chinese auto manufacturer. Although the company has both fuel and EV models, it discontinued the production of gas-only cars in March 2022 in order to focus on NEV.

The company remains focused on the battery production too as their electric battery division, FinDreams, is among the world’s top producers with over 8% market share.

With all the experience and the momentum gained, BYD Auto is stepping in H2 as a market leader and it does not seem they will lose the lead any time soon. 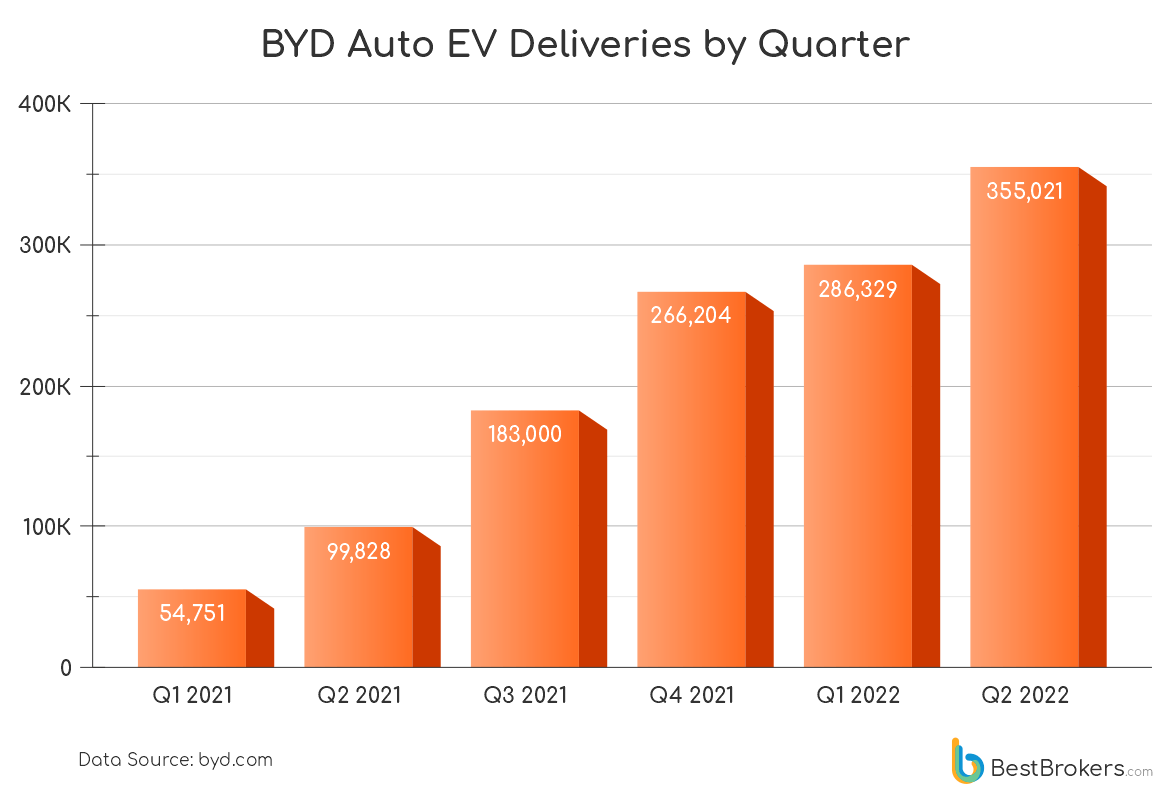 Tesla – market and marketing leader with a vocal CEO

Founded in 2003, Tesla became a public company in 2010. It has a wide variety of models and is obviously way more “experienced” than most of their Chinese rivals such as XPeng, Li and NIO. And this can be noticed in the delivery numbers.

Tesla has not only quality products and experience but also a very recognizable CEO. Elon Musk is known for his ideas and thirst for innovation. A person who can turn around the markets with a single Tweet is only an advantage to any company.

Additionally, Tesla focuses on their Autopilot technology. Despite the reported issues and controversy, once finished, it will surely change the whole auto industry. 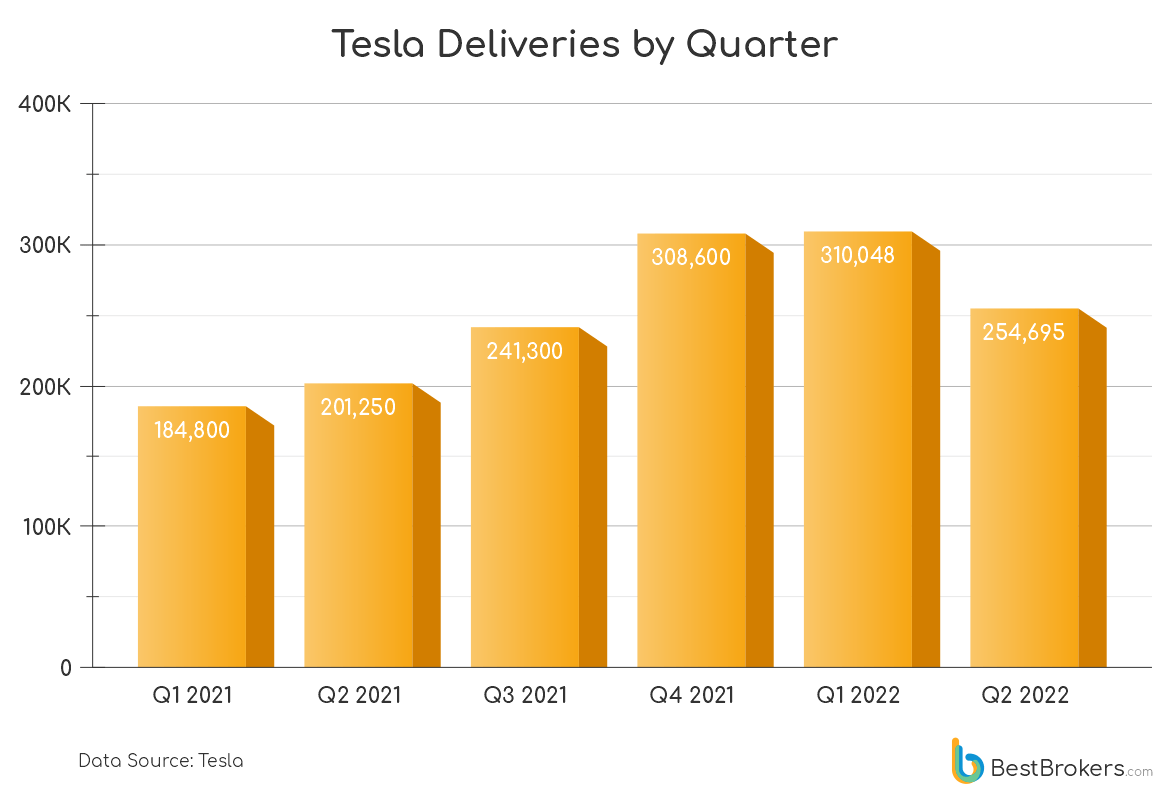 Founded in 2014, XPeng managed to release its first car in 2018. The G3 model was a relative success but with the release of the P7 sedan in 2020, Xpeng made a bold statement. To date the P7 model is the best selling Xpeng car and attracts customers from both China and Europe.

Xpeng’s success can be attributed not only to the government subsidies but also the founders and directors previously involved in some of the biggest Chinese companies like GAC Group, Ali Baba and Xiaomi. Some of the most notable XPeng shareholders include Aspex, Coatue, Hillhouse Capital and Sequoia Capital China. 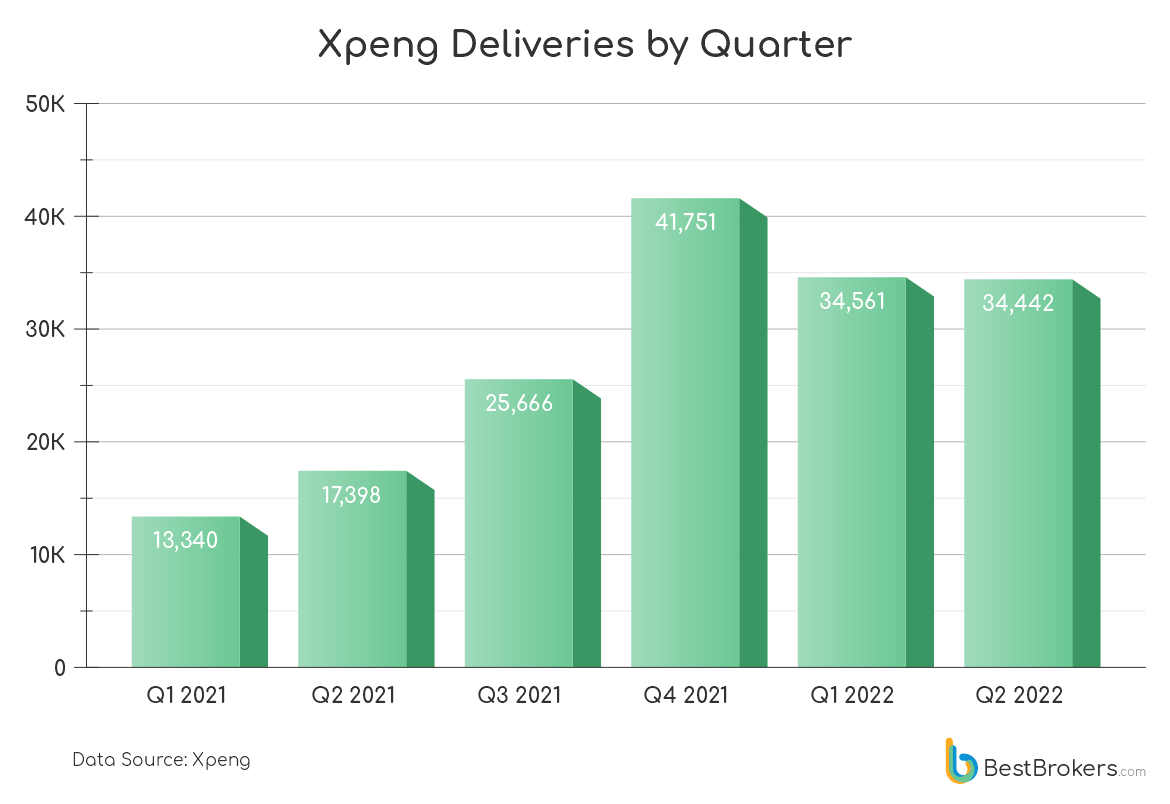 Founded in 2015 Li Auto started volume production in 2019. Their deliveries doubled in H1 2022 when compared to H1 2021. The interesting fact is that the company bases its success on their first model – Li ONE.

Li’s new flagship was released less than two months ago – on 21 June and so far it enjoys great interest with over 30,000 confirmed orders.

Having in mind the strong data in the past quarters as well as the new flagship is yet to gain popularity, the company’s future looks bright. 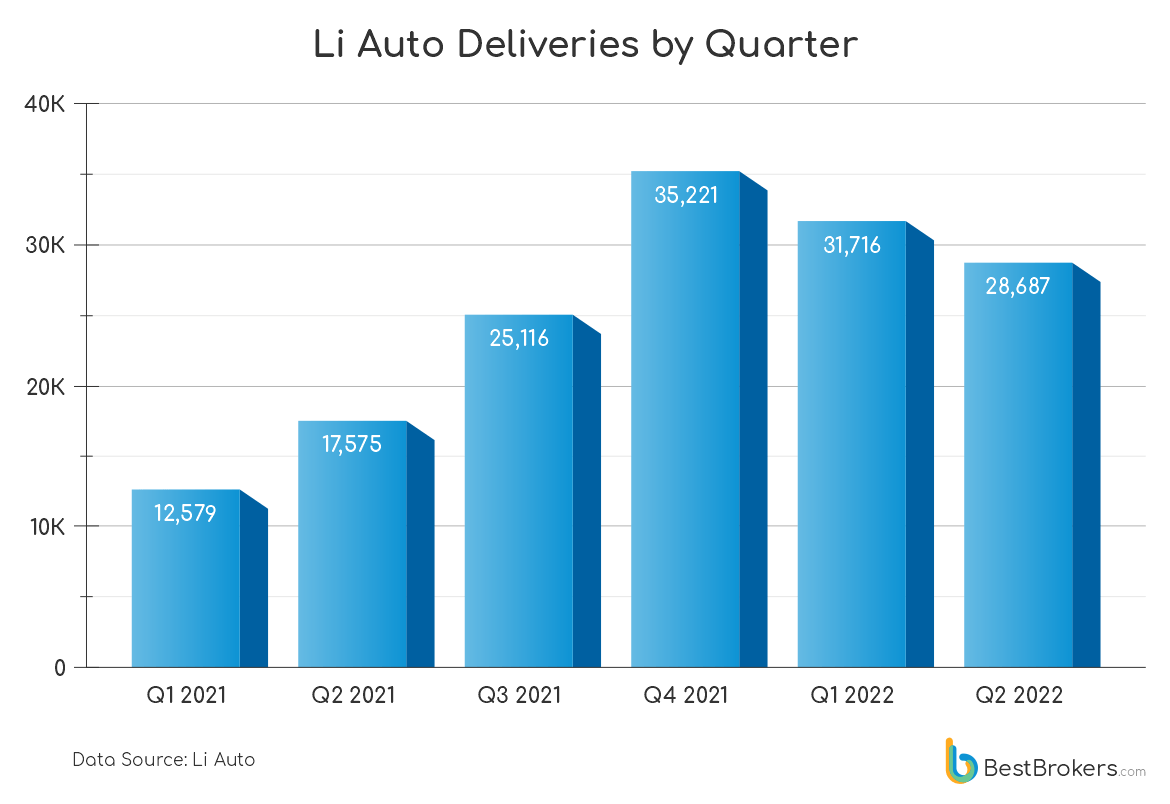 NIO – from financial struggles to a synonym of “stability”

With strong deliveries of EC6 as well as the new release – ET7 (2021), the company remained stable.

Despite NIO’s deliveries are up just over 21% in H1 2022, the company has strong positions in the EV market as their BaaS (Battery as a Service), launched in 2020, gives serious advantages. As it allows customers to purchase the vehicle without batteries and subscribe for a battery package, the prices for all NIO models dropped with over $10,000 for a moderate subscription of approximately $145 per month.

NIO is also known for its focus on AI and self-driving vehicles. Managing to progress in this field will give the company an enormous boost. 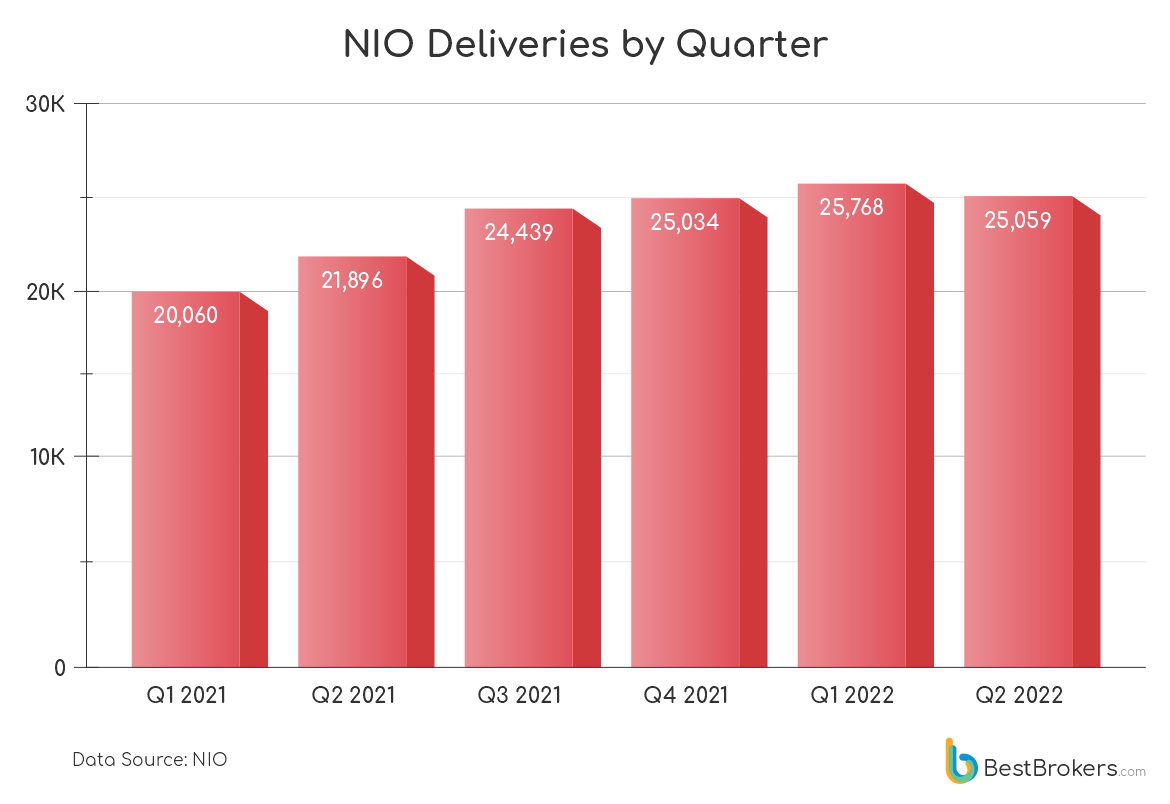 “EVs are a trend that is here to stay. All decent manufacturers are in the race to establish themselves into this new industry. However, with the well known auto giants such as VW, EV-only manufacturers have a great opportunity to get a market share of something potentially massive in the near future.”