Companies with market capitalization of over $200 billion are categorized as Mega Cap. With the recent market volatility and the unprecedented events around the world, the number of these “elite club” companies is 44.

The analyst team at BestBrokers decided to have a deeper look into these companies, their business models and the sectors they operate in. It turns out that the Technology sector, represented by 12 Mega Cap companies, makes up approximately $9.350 trillion of the total market cap of all 44 Mega Caps, which comes at $21.187 trillion. 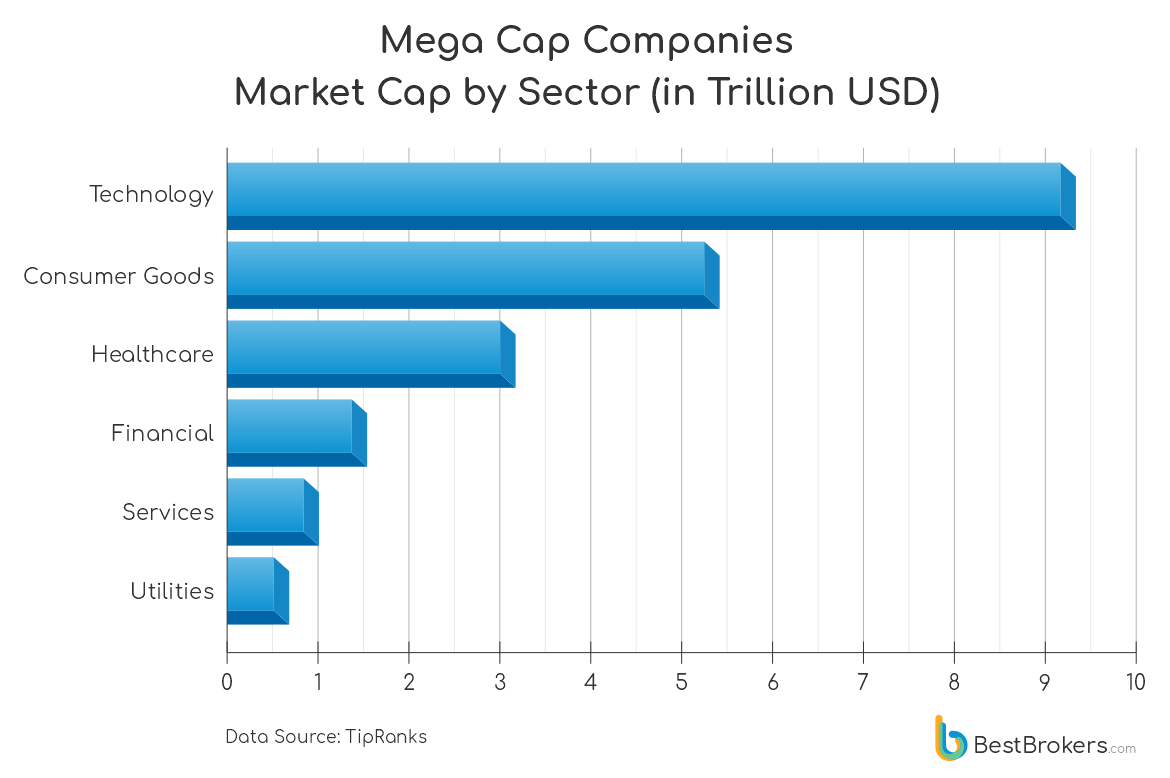 Which are the most valuable companies?

Technology and Consumer goods are the two sectors in which the 5 most expensive companies in the world operate. Top three companies are the tech giants Apple, Microsoft and Alphabet (Google’s parent company) while #4 and #5 in the list are the well-known Amazon and Tesla.

How many Mega Cap companies operate per sector? 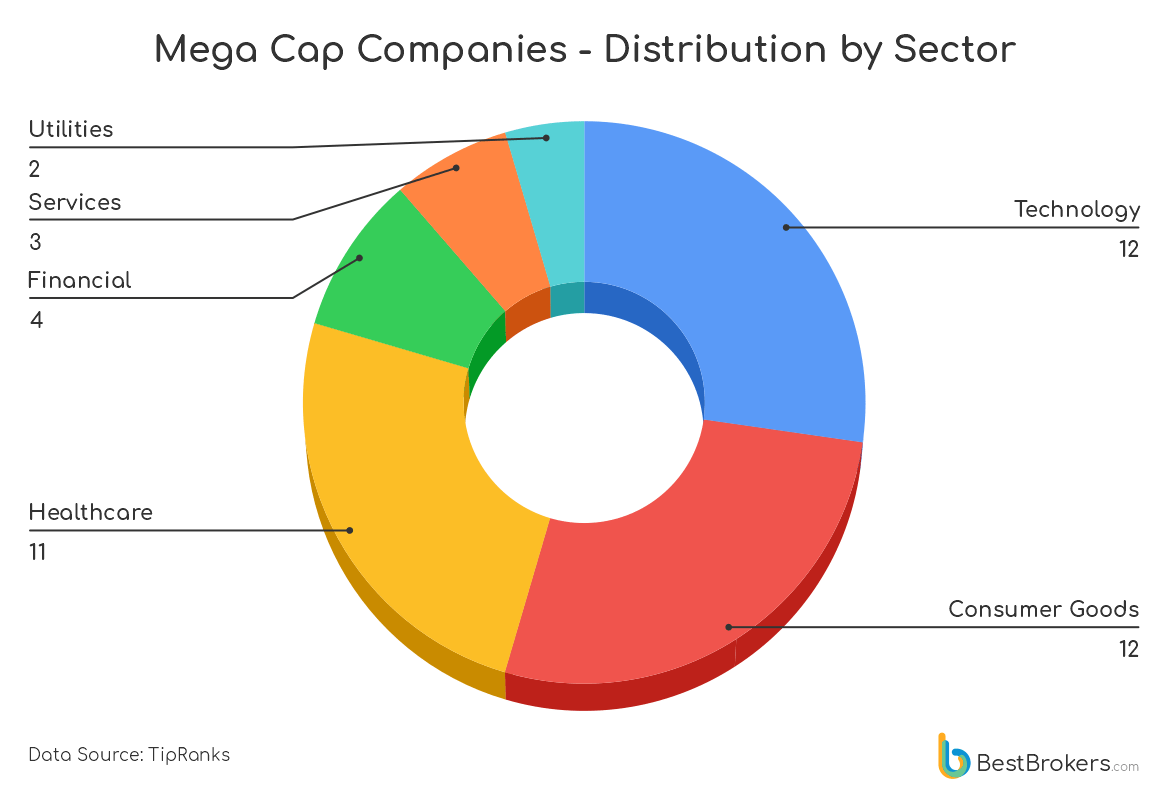 “The recent rapid shifts in the way society operates and the related need for digitization of the world shifted the focus of investors to the fast-growing technology, fintech, and e-commerce markets. Clear evidence for that is the fact that over 30% of the market cap of all Mega Cap companies is made of 3 companies and all of them operate in the technology sector,”

Other very popular companies in this list are Walmart, Pepsi and Coca Cola.

A total of 11 Mega Cap companies operate in the healthcare sector (25%). Sub-niches such as pharmacy and biological research are present here.

A total of 4 mega cap companies operate in the financial niche (9.1%). Berkshire Hathaway, Warren Buffet’s conglomerate, is the most valuable financial company in the world with a total market cap of $676.52 billion.

The list is completed by the biggest private banks in the world – JPMorgan, Bank of America and Industrial and Commercial Bank of China.

Visa, Mastercard and Walt Disney are the only companies in the mega cap list which operate in the Services sector.

While the two credit card companies are categorized as “services”, their focus nowadays is mostly on Fintech development.

With the recent energy crisis and the rise of fuel prices, it is not surprising that Exxon Mobil ($384.26) and Chevron ($308.69 billion) are present in the Mega Market Cap companies list.

There is some speculation that Shell ($161.58 billion) will soon join them in this list.

“The past few months saw the markets going sharply down and the mega market cap list shrinking. Now, with inflation dropping and marketing getting off the bottom, we can expect more companies to cross the $200 billion valuation”