After multiple delays the long-аwaited Ethereum 2.0 Merge is just around the corner – officially scheduled for September 19, 2022. The update will renovate the whole ETH ecosystem and change the increasingly inefficient proof-of-work concept to proof-of-stake – allowing stakeholders to validate transactions and earn rewards.

With the update closing in, the BestBrokers analyst team decided to have a bird’s-eye view of the biggest known Ethereum stakeholders so we can give our readers a clear picture of the forming Ethereum 2.0 landscape. It turns out that the well-known staking platform Lido is the largest ETH stakeholder with 4,152,128 staked Ether or nearly 31% of the total pool. This amount would equate to 129,754 validators as each of those needs to stake 32ETH in the Beacon chain 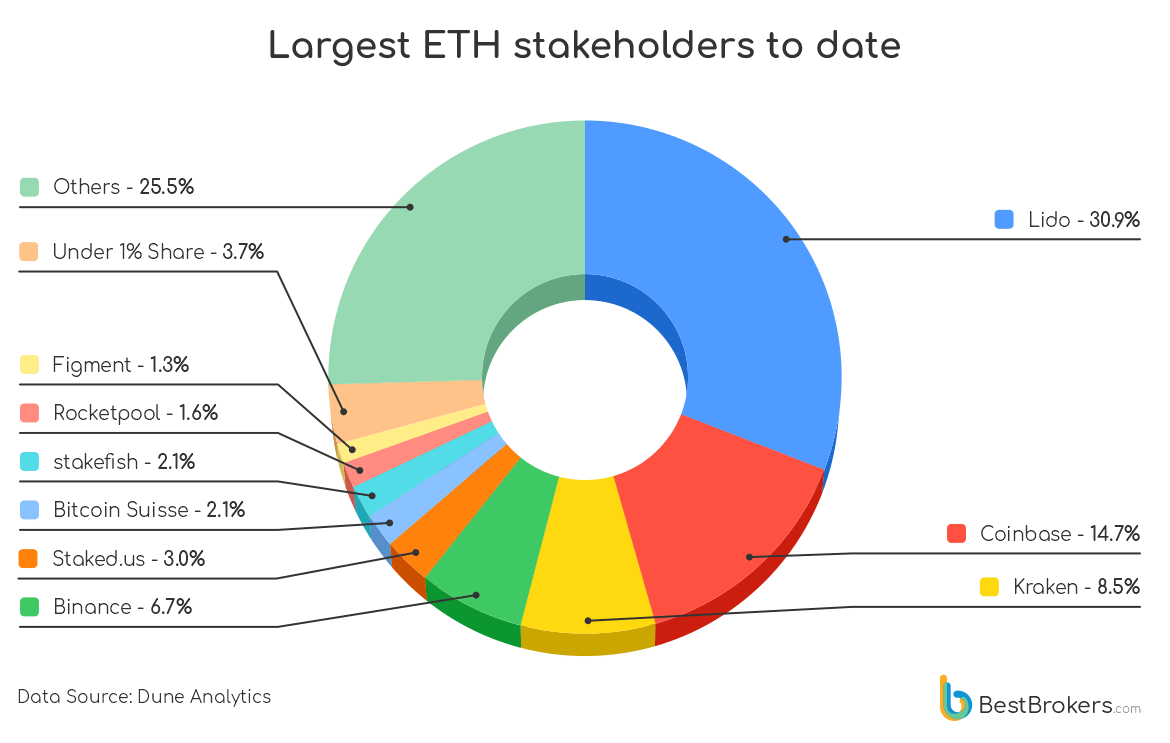 “The Merge will be a great evolution to the Ethereum network. Electricity consumption is expected to plunge by a whopping 99.95% which is massive, especially in context of the current energy crisis”

What is the change all about

Since the first block was mined in July 2015, proof-of-work has always been the way to secure the Ethereum blockchain. This means that miners would use energy-intensive mining rigs to do mathematical calculations of constantly-increasing complexity in order to “mine” the next blocks and assure the operation of the Ethereum blockchain. This would require more and more electrical power to the point where the economic and energy crises in combination could potentially make mining unprofitable and endanger the performance of the entire blockchain.

In December 2020 a new proof-of-stake blockchain, called Beacon, was introduced to Ethereum, keeping all past transactions from the original Mainnet. It is aiming to reduce the energy costs of maintaining the network by 99.95% and also set the stage for further scalability upgrades not possible under proof-of-work. Beacon has since then been running parallel to the proof-of-work Mainnet and is allowing users to stake coins in order to become a so-called “validator” and get a share of the rewards for maintaining the network after the switch, scheduled for September 19, 2022. If the user is caught in the act of trying to manipulate the blockchain with malicious intent, they may lose their staked Ether.

A standard deposit of 32 ETH is required to be a validator of ETH 2.0 transactions. Even though most of the users do not hold that much of the currency, they can still participate by joining a pool at a number of platforms and start earning rewards based on their contribution.

The user base and popularity of Lido, Coinbase, Kraken and Binance make them the obvious leaders in validators count and it is not surprising that users prefer these platforms. As Lido is the leader in ETH deposits, its validators account to 129,754, while the combined number of validators on the four platforms is 255,013. 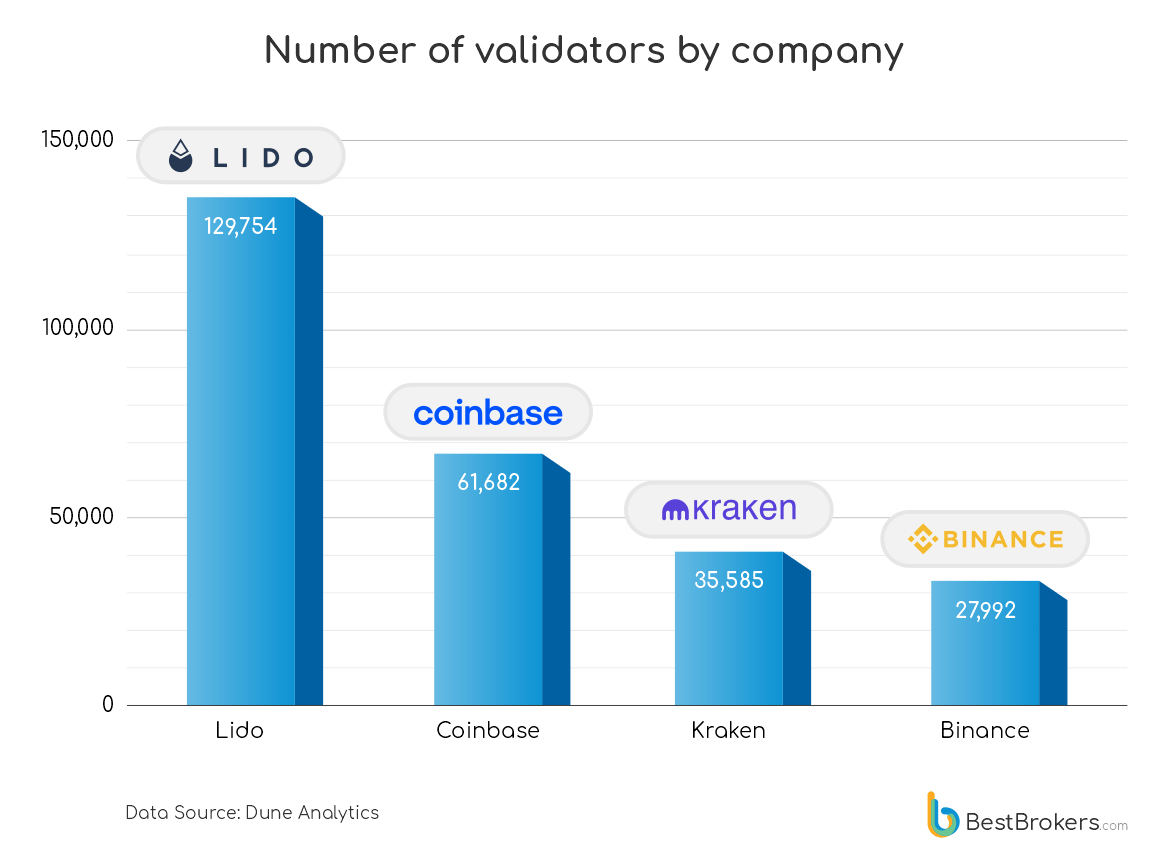 “With the change from proof-of-work to proof-of-stake, many people predict a surge in Ethereum prices as staking Ether is supposed to bring great benefits and rewards. While such a surge is not certain, mainly because of the current market conditions and recession fears, it is definitely a big step towards the future of blockchain technology as a whole”