The adoption rate of blockchain technology is rising every day and more and more businesses start accepting cryptocurrencies as a form of payment. This provides a perfect use case for stablecoins – cryptocurrencies, pegged to another physical currency or commodity. They either maintain a reserve of fiat or crypto collateral to set a fixed price (usually 1 token is priced at $1 USD) or use some algorithmic procedure in their blockchain to adjust the supply and thus fix the value.

However, due to the way this fixed price is achieved, stable coin prices actually have some fluctuations and their price at times is below $1 and at times is above $1. With the intention to identify the most stable among the stablecoins, our analyst team at BestBrokers queried blockchain data from Dune Analytics for the last nine months to identify which stablecoins deviated the least from the fixed $1 value.

We dug deep into the raw data and looked into the 6 of the most widespread stable cryptocurrencies namely: BUSD, DAI, FRAX, LUSD, USDC and USDT. We ran queries and visualized the data for the following: 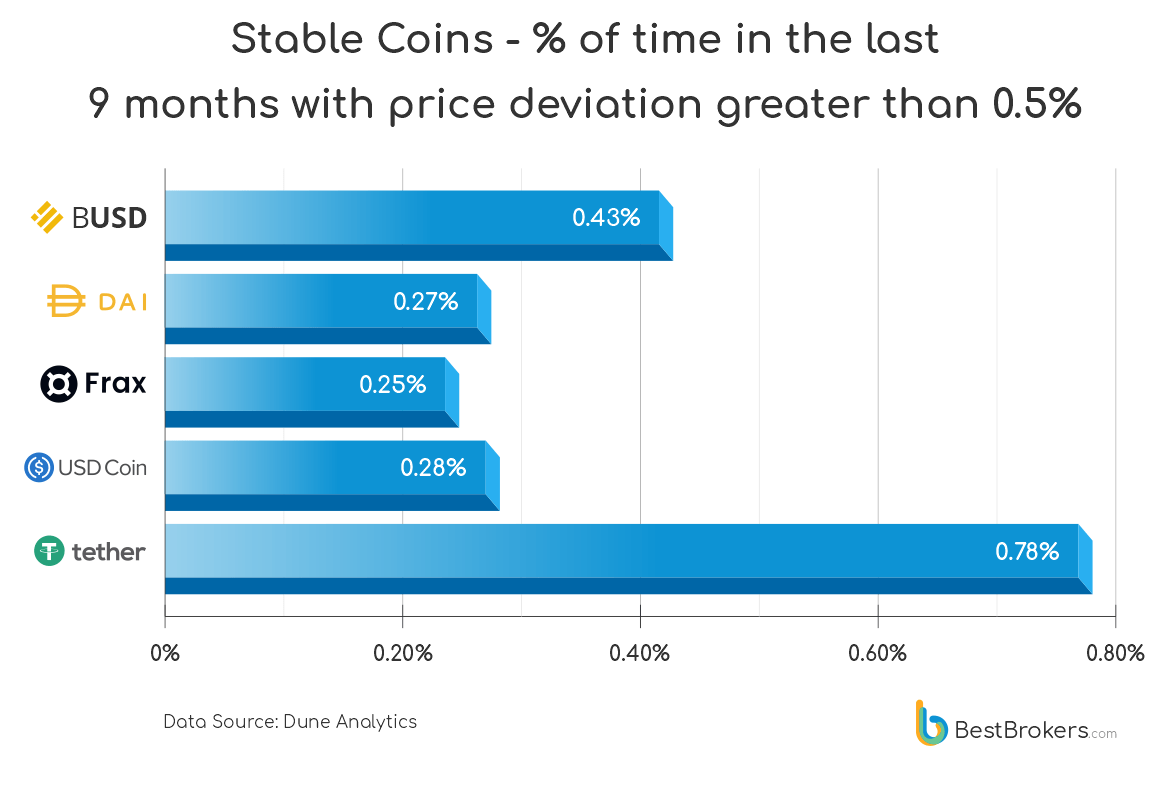 NB! BUSD, DAI and USDC have deviated only above the $1.005 mark and never dropped below $0.995 in the 9-month period covered in this analysis.

“USDC is among the most used stablecoins and the fact that it is practically pegged to $1 in 99.72% of the time comes as no surprise. However, FRAX’ low deviation is worth our attention, especially having in mind the considerably lower supply, compared to USDC. With a deviation difference of just 0.03% among 3 coins, DAI is grabbing attention with being second, just above USDC” 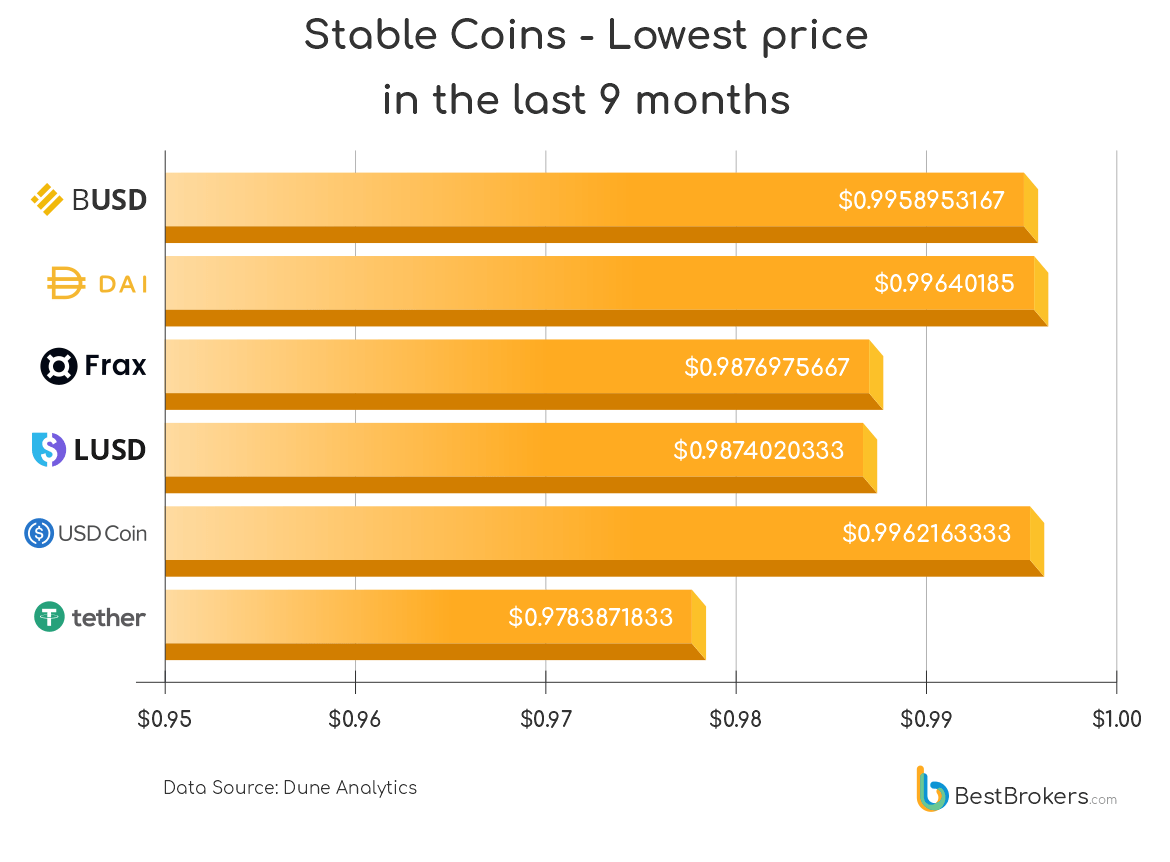 “Again, steady USDC cannot surprise anyone. However, DAI’s stability is considerable. A lot of corporate adopters would prefer having assets that aren’t volatile as they already have to deal with competition, inflation, market conditions, etc. Having that in mind makes DAI very serious competition to the likes of USDC” 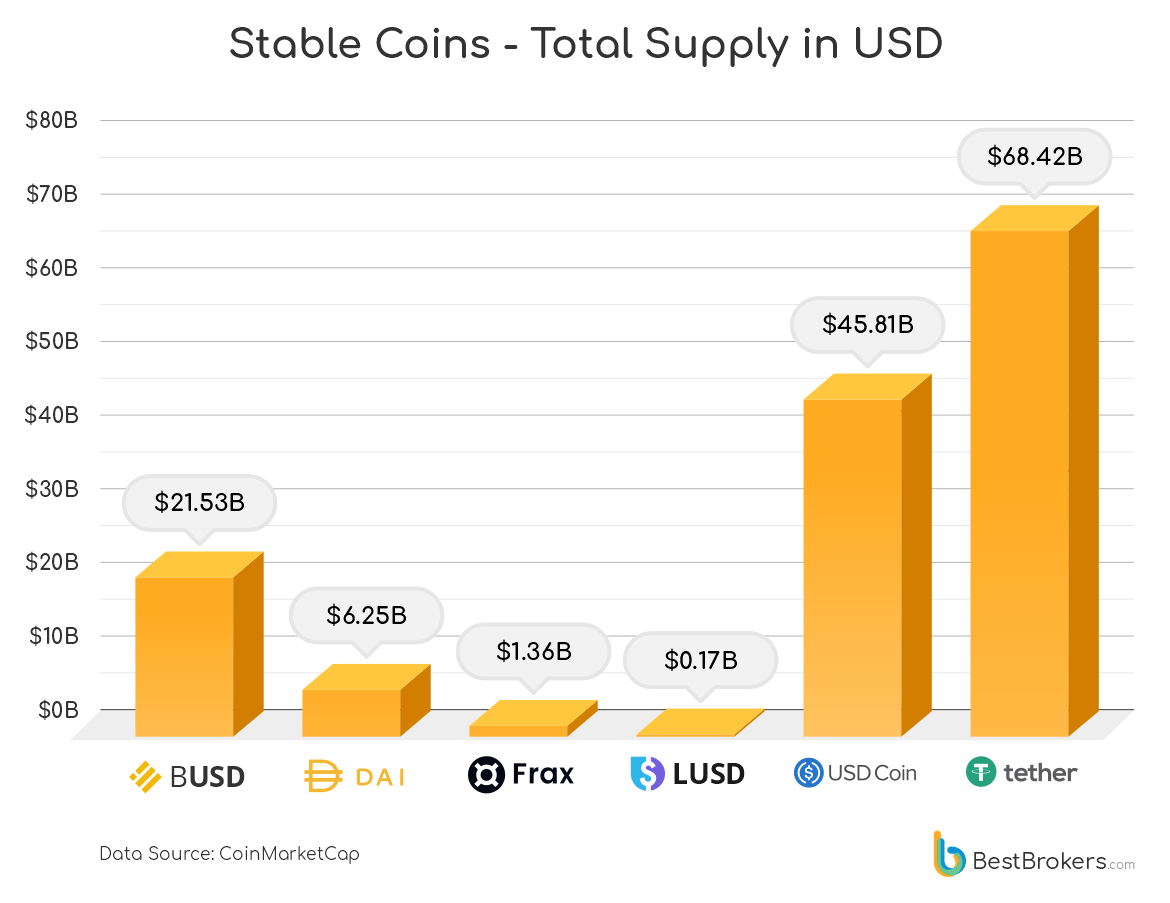 “Although the DAI’s supply is low, compared to USDC, USDT and BUSD, it is still sizeable and makes it usable by big companies. When we consider both the low deviation and the most stable price, DAI can be considered as the most stable coin for the last 9 months and a serious contender to compete with the other ‘big’ stablecoins”